Skip to content
Loading...
Sunday Tele readers rally behind doctor dad trying to save his daughter from brain cancer

A CANCER researcher’s heartbreaking quest to find a treatment for his daughter’s incurable brain cancer has led to an outpouring of donations.

Since The Sunday Telegraph revealed Dr Matt Dun’s personal crusade last Sunday, more than $60,000 has been donated to his Run DIPG Gofundme account.

The Newcastle-based cancer researcher is self-funding a world-first study into the deadliest of all childhood brain cancers, diffuse intrinsic pontine glioma (DIPG). His three-year-old daughter Josephine was diagnosed in February. It has a survival rate of just 10 months.

DIPG kills about 20 kids in Australia a year and research has not improved survival rates.

Dr Dun is mapping the protein sequences of DIPG in the hope of finding drugs that work by att­acking the proteins expressed by DIPG tumours.

Although he has the support of world leaders in DIPG, he does not have time to apply for grants and strict protocols would eliminate him because his expertise is leukaemia, not brain cancer. 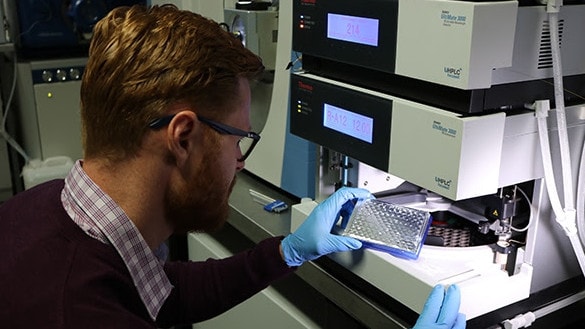 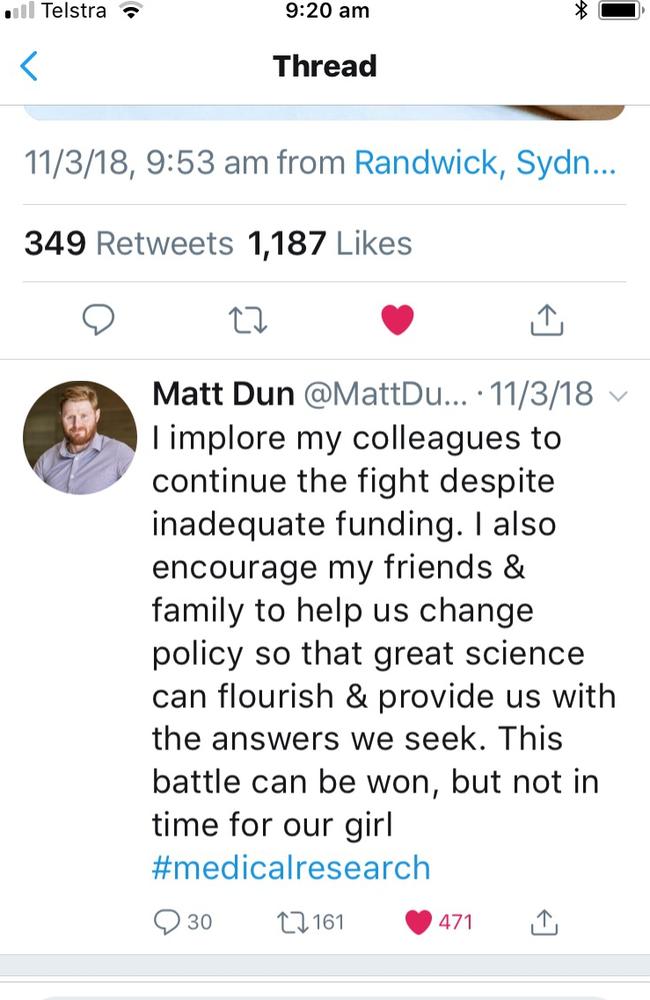 “We are incredibly humbled by the generosity of the Australian people. The fact that this affects children, we all need to do something for future families and this has given us a leg-up for future research,” Dr Dun said.

“There has to be something in the fact this proteome (the sequence of proteins in DIPG) hasn’t been done before.

“There’s been over 50 clinical trials and they have not added one extra day of survival.

“Cracking open these cells and finding out how they communicate will give the clues needed to treat this beast.”

Originally published as Readers help dad’s quest to save girl